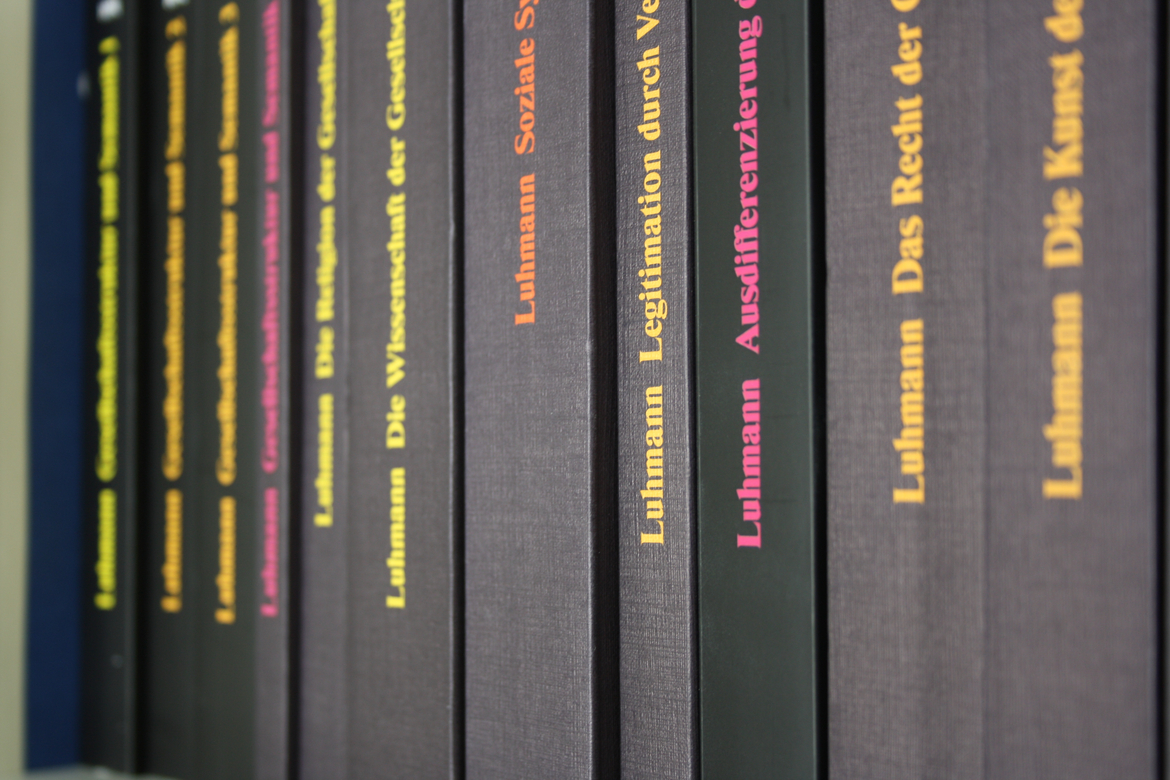 – a normative analysis of institutions

FnG has set its focus on the normative basis of  modern society. It assumes that the western model of society consists both of factual orders, which are described sociologically as functional systems, and of normative orders, which are established in certain institutions and behavioural codes that are developed through education and imitation.

A factual order such as the free market, for example, requires a normative, institutional counterbalance. The Privatautonomie (privity of contract), the contractual freedom as well as the Eigentumsgarantie (private property) depict this link between economy and law. These framework conditions enable coordination and control of rational behaviour, with the result that individuals get the opportunity to develop a network of reliable and predictable trade partners.

The interdisciplinary research approach consists of bridging the gap between normativity and facticity through analysing the self-directed (autonomous) functioning of economics, politics or science and the normative formation of orders in commonplace behaviour, ethics, political morals or law particularly related to their interaction.

Hereby, a special meaning lies in the term institution, which has always been responsible for a structural linking of the different levels of interaction. Most notably is the constitutional state as the main structural principle, which limits political leadership by legal reservations as well as tying jurisdiction and legislation to the political system. However, a constitutional state implies more than this: it records legal commonplace behaviour and the recognition of the state monopoly of the legitimate use of force in societal contact. Insofar, the constitutional state serves as a guarantee for peace, equality and the free development of personality.

Our research approach basis on the assumption that there is development of institutions as well as change in the model of functional differentiation. It seeks to answer the following questions with jurisprudential, sociological, economical, historical and anthropological methods: what is meant by the erosion of the constitutional state? How can an empiric study differ between positively connotated changes and a negatively connotated loss of functions? Moreover, has the process of societal differentiation with its wide range of risks and negative consequences been sufficiently understood or is the discourse lacking aspects – leading to an increasingly eruptive societal de–differentiation or imbalance? Those questions can be discussed in public law, not only regarding the risks of a highly developed, transnational market-based system (capitalism), but also looking at the risks of politics that are becoming more and more independent and demanding. Externally, politics is looked at as a supplier of common welfare. Internally, however, it orients itself towards generating and obtaining power. This can be seen equally as useful and derogatory for society. The function of human and civil rights as an institution will have to be scrutinized in this point.

Furthermore, the debate lacks a matter-of-fact analysis in reference to the role of public opinion as an authority within the political system to control and reflect on political activities. Similarly, the question emerges whether public opinion remains a strong tool for the efficiency of democracy, as it has been since the Enlightenment.

The range of such questions with importance for the normative matrix of modern societies can be widened almost without end, for example in terms of the importance of cash as the connection between privity of contract, commonplace culture, political control and economical influence and monetary politics. To this end, FnG supports studies in such areas of basic institutional relations. Central to this research is the issue to which extent and why orders obey the societal source code of modern western society. Another inquiry could look at how the demand for an universal basic income factually affects the concept of free development of personality or the differentiated functional system of modern society.

However, empiric issues should not be pushed aside: which benefits are effectively provided by institutions and where have these benefits already been replaced by other forms of socially consolidated behaviour codes. Historical derivations are as important as sociological interpretations and modulations.